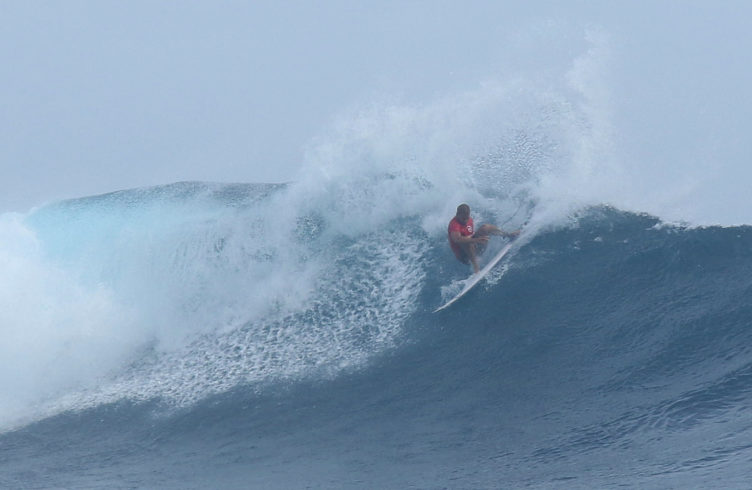 Conditions were testy in the Cloudbreak sponsored Fiji Pro Wildcard Trials 2017. Surfers contended with 4’ – 6’ swells for this most prestigious event on the Fiji Surfing Association annual calendar.

The event was called for a go by Contest Director – Ian Portingale on a Wednesday mid-way through the waiting period which ran for nine days beginning on Saturday 29th April.

Barrels were hard to find with most scores generated from big turns, and in a tight final against local legend Isei Tokovou it was Tevita Gukilau who prevailed for the second year running to take the coveted Fiji Pro wildcard slot.

Both surfers in the final came through from opposite ends of the draw winning their first round heats to go straight into the quarter finals, where they were again both victorious. In the semi finals Gukilau won over previous Trials winner Aca Raculo, and Tokovou also took a win over rising star Lesi Navuwai of Vunania Village to advance to the final.

Once again the local clothing label Cloudbreak came to the party with a cash sponsorship. Special thanks also to Scotty O’Conner & his crew of Namotu Island for providing jet ski assist and support; and to Uri Kurop for providing the main contest boat and transport platform. Former international world tour contest judge Australian Tim Just flew in to officiate as Head Judge for this event by kind courtesy of the Fiji National Sports Commission.

Gukilau is expected to go up against reigning World Number 1 John John Florence in his Round 1 heat.