The annual Light Up The Lighthouse 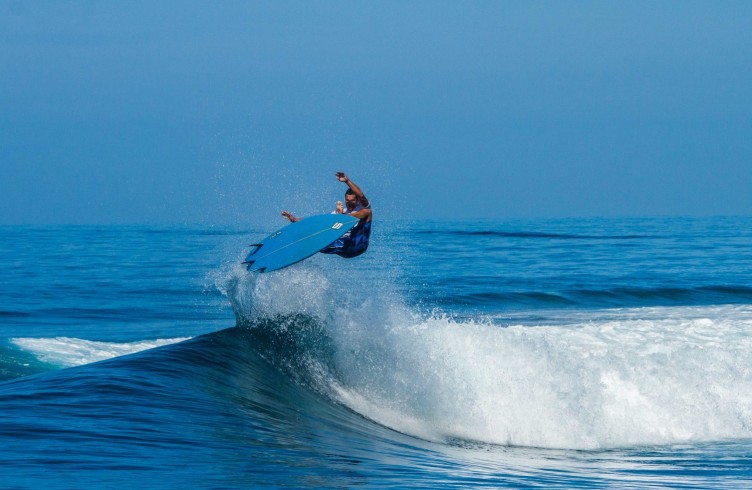 On Saturday morning, a small fleet of 5 boats filled with eager surfers, spectators, and judges motored from the Royal Suva Yacht Club against the incoming tide, towards sunny skies. The anxious boats weaved in and out of the sleeping ships within Suva Harbor, and eventually approached the Suva reef pass. The anticipated ground swell had already arrived at the scene, and the surf was more than suitable for a competition.

The “Light Up The Lighthouse” tournament is a Fiji Surfing Association (FSA) annual surfing event hosted in Suva. The contest is part of a bigger program for surf competition and development in Fiji. This particular event is notable in 2014 because surfers from the “Open Men’s Division (18+ years old),” “Junior Division (under 18 years old),” and “Long Board Division,” compete for coveted spots to represent Fiji in the Melanesian Cup, which will be held in Samoa on Sept 1-7, 2014. The Melanesian Cup attracts teams from Vanuatu, New Caledonia, Samoa, and Fiji – and also expects participation from Guam this year.

Thus, with an inspired energy from surfers contending to win a spot on the team paired with consistent swell and a light offshore breeze, an excited setting for the competition was set.

Once the boats were anchored close enough to the waves, and the Contest Director was confident that all was in order, the competition commenced. Surfers listened for judges to call their heats, were issued their respective colored competition uniform, and then paddled into the lineup for their 20 minute heats. Each heat was a single elimination affair. The rider’s best two waves counted towards a heat total. Surfers were judged on difficulty of their maneuver’s, speed, and power.

The winds remained light all day while swell increased in size and power. The competition was completed in less than three hours, and the event closed with a prize giving ceremony at the Suva Yacht Club before dark.

The winners of each respective category were:

Congratulations to all of the surfers that competed in the tournament. The FSA would especially like to thank Bryce Harper from Steven Lyon photography for the awesome photos, and the FSA members that helped put the competition together.

FSA’s vision is to introduce youth to the sport of surfing and build Fiji’s competitive talent through international exposure. Please visit the Fiji Surfing Association website at www.surfingfiji.com.fj and on Facebook to find information about events coming up soon!